Mirror, mirror on the wall, which retailers have the lowest prices of them all? Profitero announces the findings of its annual Price Wars study 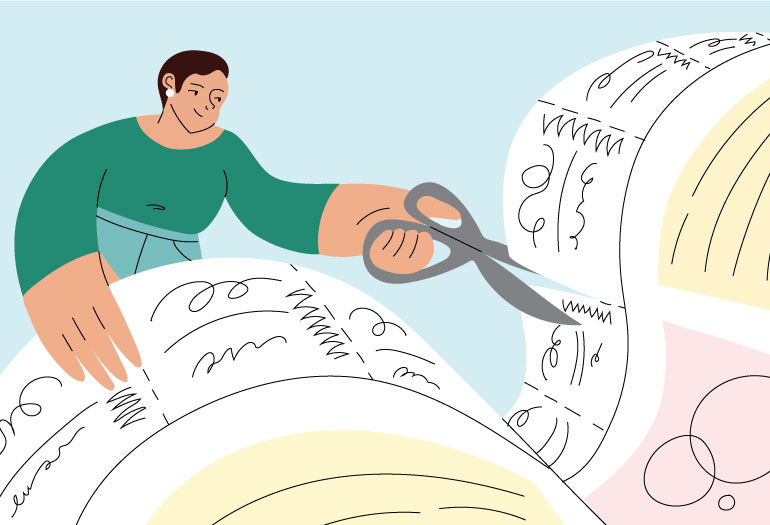 Guess what? It’s that time of year again when retailers bombard consumers with advertisements hyping up their holiday deals and discounts. Each one claims to have the better prices, but what’s the reality here? Which retailers actually have the best deals?

For the past six years, Profitero has answered that question through our Price Wars study, which analyzes online price competition amongst online retailers in both the U.S. and the UK. What makes this study unique is that we analyze online prices for the same exact products across retailers over a period of several months. Thus we can level out the effects of temporary promotions and see the consistent price winners.

In both the U.S. and U.K., Amazon ranked first among retailers studied with the lowest online prices over the 3-month period analyzed. In fact, Amazon’s prices were an average of 13% less expensive than rivals in both countries. This is the sixth year in a row Amazon has had the lowest online prices in the U.S. and third year in a row in the U.K. It’s a testament to their sophisticated price matching technology as well as their bull dog toughness when negotiating with suppliers on cost. As consumers cut spending due to inflation (especially on on the discretionary categories most popular during the holidays), it will be interesting to see if Amazon can translate low prices into more sales versus rivals.

Comparing prices across everyday essential items, Profitero found the cost of Food & Beverages, a new category in its data analysis this year, was an average of 7% lower on Amazon compared to other online retailers. However, ASDA was not far behind with prices that were 5% more expensive than Amazon, followed by Ocado (7%). Tesco had the biggest price gap, where online prices for exact-matched products were found to be 15% more expensive on average than Amazon.

Amazon also claimed a large lead in traditional holiday gifting categories. Profitero’s price analysis found Amazon to have the lowest online prices for beauty, electronics, toys & games and video games, with prices that were an average 14% lower than competitors such as Asos, Argos and Boots.

Price differences in the beauty category were much wider with a 12% gap separating Amazon (the price leader) and ASOS (the second lowest priced); Tesco was 29% more expensive for exact-matched products.

In the U.S., competition for holiday gift categories was close overall, with retailers such as Walmart, Home Depot and Nordstrom within 2-5% of Amazon’s prices, and Pet retailer Chewy matching Amazon’s prices exactly for Pet Supplies. In Video Games and Electronics, however, Amazon blew rivals away.

The dynamic between Amazon and Target was interesting this year because Target gained ground against Amazon's prices across many categories, most notably Beauty. 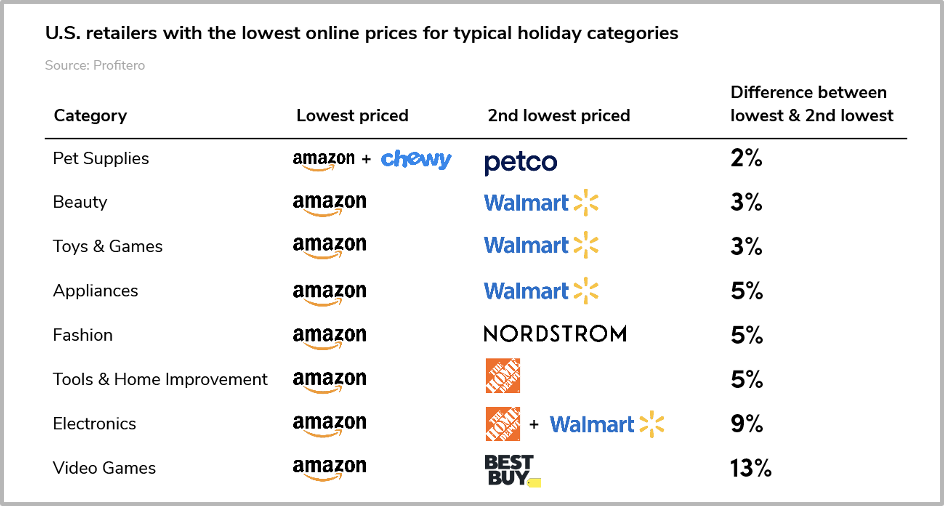 While Amazon's large price lead may be bad news for rivals, it's great news for consumers. Let's face it: we could all use a little relief from inflation. Healthy retailer competition always helps. Happy deal hunting!

Battle of the brands: 5 tips to fend off private label as shoppers trade down