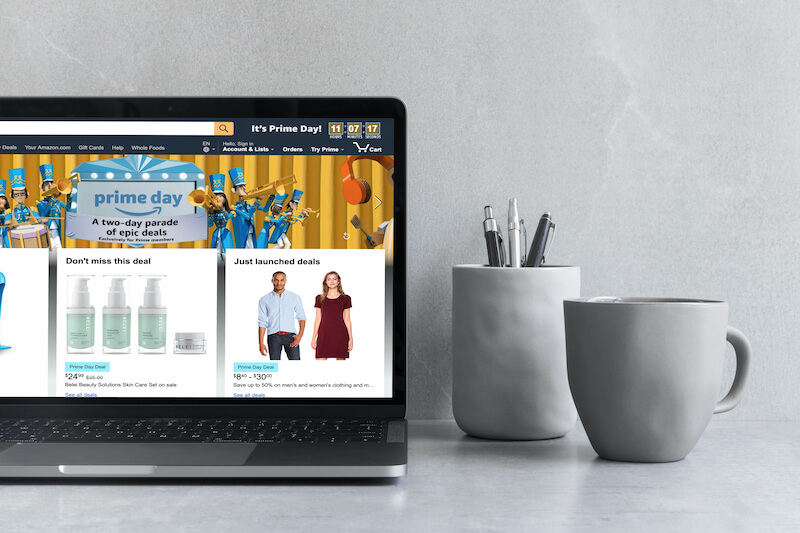 Phew! That was a wild 48 hours. Now that the dust has settled on Prime Day 2019, how do we at Profitero think it stacked up?

Here’s our review across 7 factors.

For a deeper dive into Prime Day 2019, watch our on demand recap webinar.

Yes, there were plenty. This is because in addition to building Prime membership, one of Amazon’s core objectives of Prime Day is to get members entrenched more deeply into its Alexa ecosystem. Steep discounts on its devices are a hook, but the real benefit is building that sticky factor for Amazon.

According to Amazon’s July 16 press release following Day 1 activities, “customers worldwide have purchased millions of Alexa-enabled devices, including Fire TV Stick with Alexa Voice Remote and Echo Dot.” At the midway point on Day 2, nine of the top 10 electronics Prime Day best sellers were Amazon products. Clearly Amazon’s goal is to not only have Alexa in every household, but in every room in the house.

The biggest miss we noted, however, was that Amazon didn’t launch any real “new” Alexa-enabled devices in conjunction with Prime Day. But it was out early promoting its next gen, increasingly compact Echo Show 5 smart display (aggressively priced at $49.99 on Prime Day, a 44% savings over the $89.99 list price). Amazon started taking pre-orders in late May and began fulfilling orders in June.

We were a bit underwhelmed by the lack of out-of-the-box promotions on display on Amazon this Prime Day. But the big thing we noticed this year was an increase in influencer marketing as the strategy du jour. Amazon featured a dedicated page highlighting celebrity-endorsed deals. According to our data, celebrities and social media influencers turned out to be some of Amazon’s greatest assets this Prime Day.

One thing that struck a chord with us this year (and not in a good way) was how challenging it was navigating Amazon’s site on Prime Day. The layout, and number of products and deals being displayed in matrix format (lumping together both item level and whole product groupings) on the Prime Day landing page was overwhelming. If the typical shopper was anything like us, they probably had a hard time navigating the site or easily discovering hot deals.

Last year, we saw category tiles that displayed the best deals and upcoming deals by category. This year, the layout wasn’t nearly as intuitive or user-friendly, but instead resembled more of the traditional spearfishing search model we see everyday from Amazon. Consequently, the site wasn’t very conducive to shoppers in discovery mode, instead probably forcing many shoppers to resort to their normal Amazon search behavior — and maybe missing some big deals along the way.

For more, view this video.

As advertised, Amazon revealed “thousands of new and exclusive product launches” during Prime Day. From what we observed, some certainly delivered. 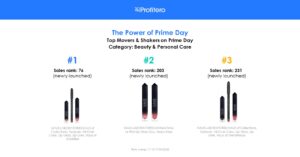 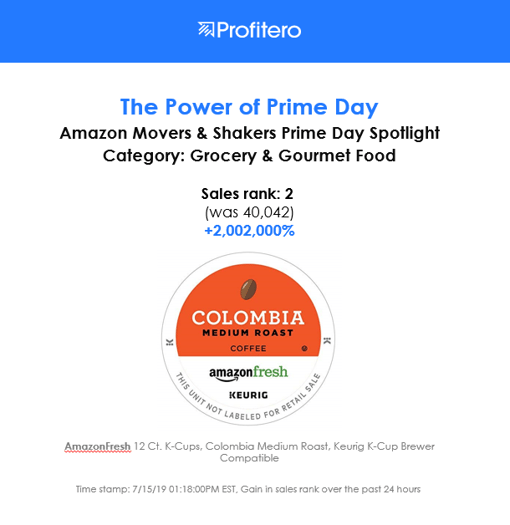 In our Prime Day Predictions paper, we anticipated that Prime Day would be a bonanza for every category — the event didn’t disappoint. There seemed to be a deal to be had for everyone interested in gadgets to grocery, and everything in between.

Here are some products across various categories that stood out on Prime Day:

Generally speaking, it looks like promoting on Prime Day paid off for participating brands across categories. On average, we found about 40% of Amazon’s Top 100 best-selling products for each category on Prime Day were not in the Top 100 the day before. This means that products on deal likely were moving into the Best Seller Ranks on Prime Day, outperforming and displacing historically top-selling products. 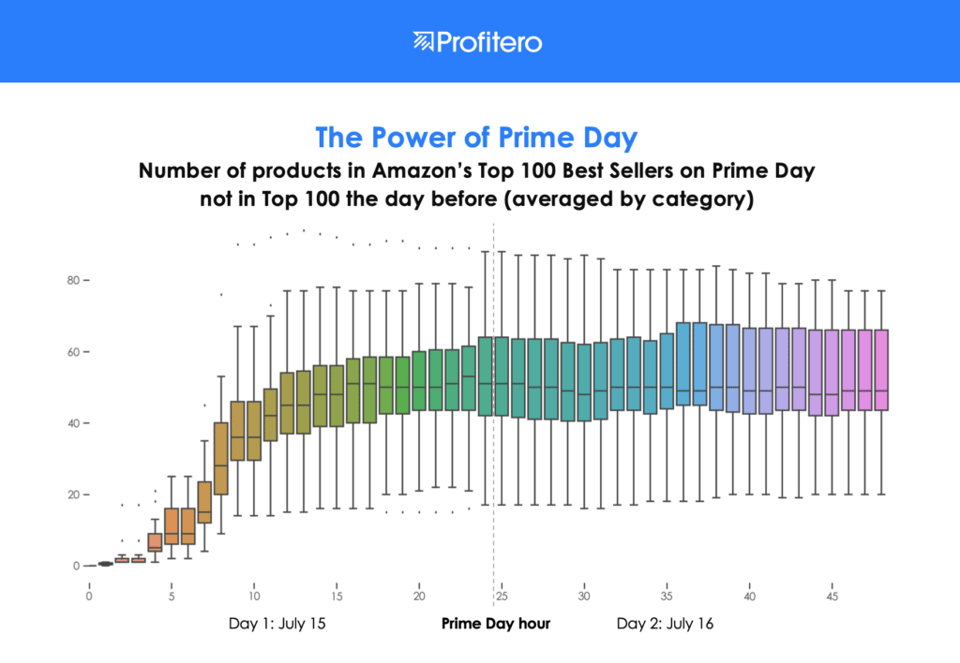 It was a relatively quiet two days for grocery. We didn’t notice anything too out of the norm (e.g., no free family-size boxes of Honey Nut Cheerios being given away this year). Instead, what promotions there were typically centered on Deal of the Day and Lightning Deals per usual. This could in part reflect the increasing pressure reportedly put on grocery brands to make Amazon whole margin-wise during the Prime Day event.

Some grocery brands took to outside-the-box thinking, finding creative ways of using the Prime Day event to leverage shopper interest and the additional massive traffic it creates. One such example is Vita Coco, which actually spent less on a non-Prime Day campaign for its RUNA energy drink, but got equally as good results. The drink maker ran a promotion on the front page of deal site SlickDeals starting Friday before Prime Day to drive shoppers to its RUNA Sampler deal on Amazon. The product shot up the sales rank by 140,600%, from #5,628 to #4 in Grocery & Gourmet Food; earned a Best Seller badge; was Grocery’s #2 Mover & Shaker; and went on to do 60X in sales during a three-day period, according to the company’s head of eCommerce Jim Morgan.

Prime Day definitely has extended beyond an Amazon-only event with many other retailers having their own promotions, and some promoting pretty aggressively. For other retailers, piggy-backing off Prime Day is a way for them to drive some additional traffic online or stop the bleeding to Amazon. Adobe Analytics has reported that large U.S. retailers ($1B+ annual revenue) saw a 64% spike in digital sales on Monday (Day 1 of Prime Day) compared with an average Monday.

Despite more retailers trying to capitalize on the halo effect surrounding the event, what’s most notable about Prime Day is that for Amazon, it’s all about building and solidifying Prime membership. That is, it uses Prime Day to generate interest and excitement around Prime membership among the diminishing population that isn’t already a Prime member. In fact, to encourage more sign-ups in the U.K., Amazon cut the cost of joining Prime from £79 to £59 on Prime Day. None of the other retailers have a sticky hook like Prime that keeps people coming back after the promotional event. But Amazon does.

For a deeper dive into Prime Day 2019 and the key takeaways ahead of peak holiday, watch our on-demand webinar now.