The Evolution of eCommerce 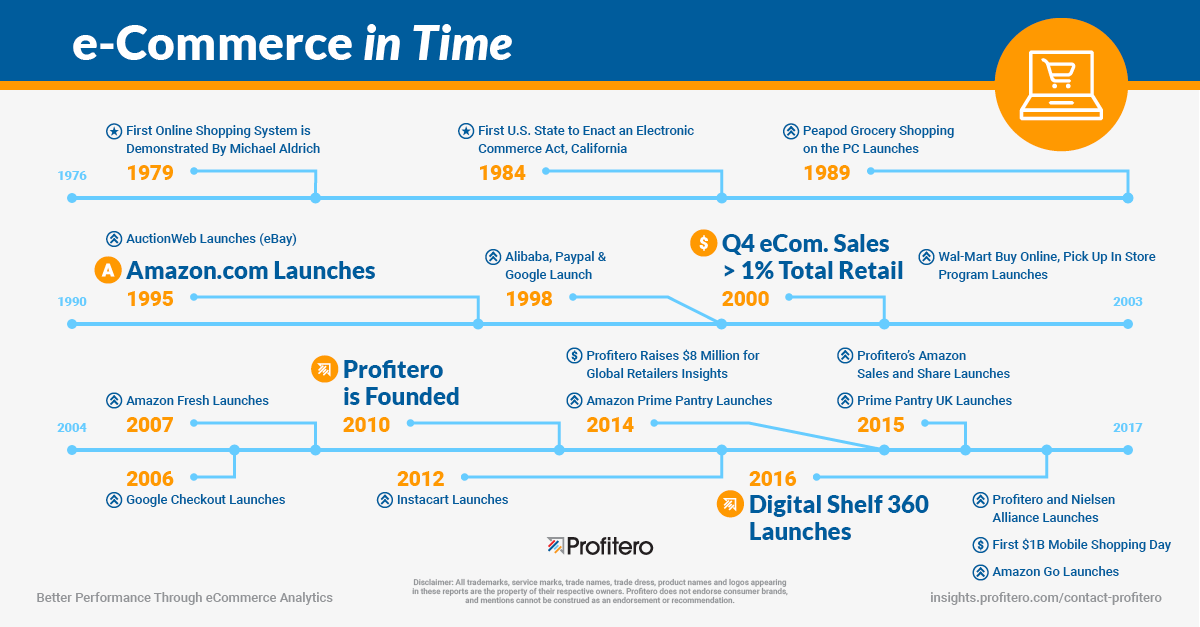 It’s hard to imagine a world without eCommerce, a world where consumers can buy anything, anywhere, anytime – wherever they are, and whatever they are doing.

It’s even harder to believe that etail giant Amazon launched barely two decades ago but is now one of the world’s biggest retailers. Ten years after it began its first experiment with groceries in Seattle, Amazon is fast making waves in the lucrative online grocery space with the continued expansion of Fresh and new formats like AmazonFresh Pickup.

Below we chart some of the biggest milestones in eCommerce history, including the launch of Profitero’s Digital Shelf 360, the industry’s first and only solution to provide large scale digital shelf measurements and online sales estimates to help brand manufacturers increase eCommerce sales and win market share.

Contact us to find out out more about Digital Shelf 360.