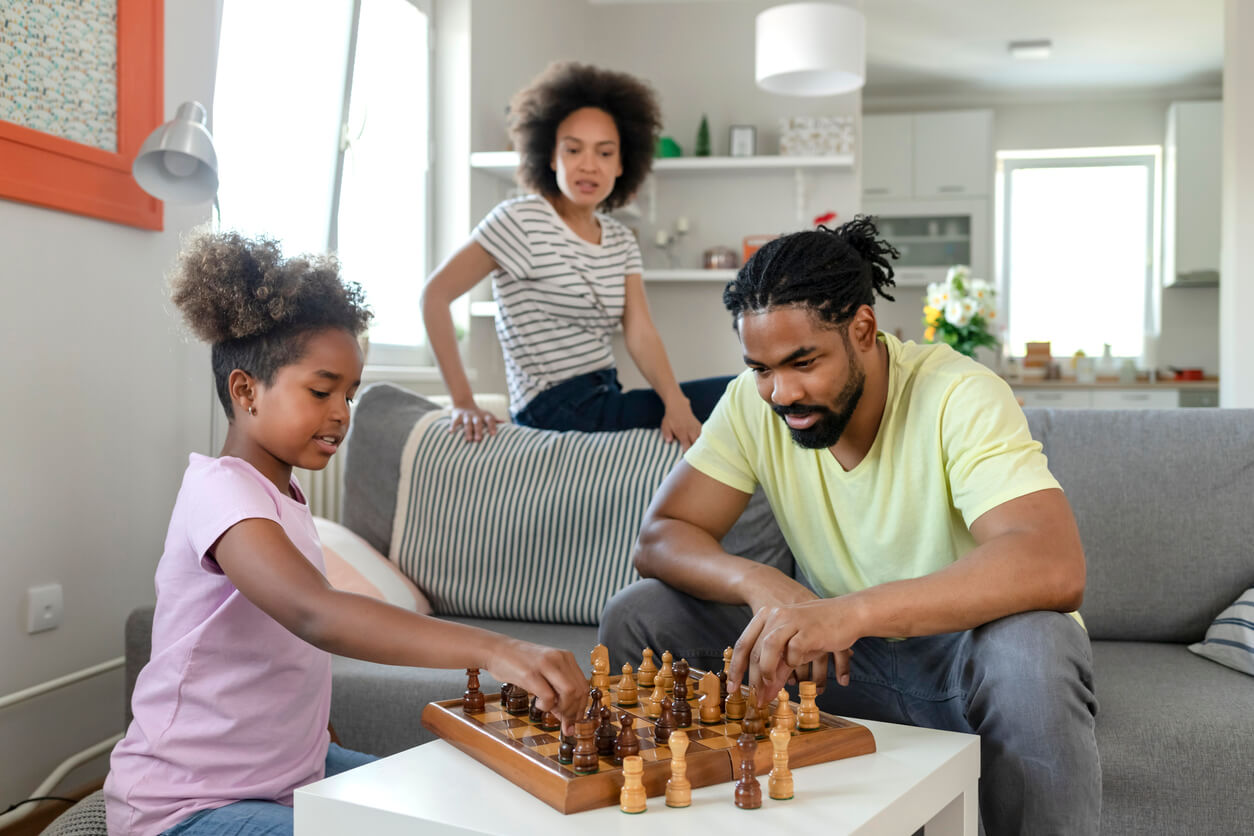 While the masses are trying to land the latest PS5 or Xbox console, who could have guessed chess sets as the other must-have holiday item? It’s true. Searches for “chess set” on Amazon have been climbing since the debut of The Queen’s Gambit on Netflix in late October.

What are some other hot themes emerging in eComm this season?

Here are snippets from Profitero’s recent press coverage, which demonstrate how our eComm data & analytics can help brands spot some of the biggest product trends.

In 1972, purchases of chess sets skyrocketed thanks to championship matches featuring Bobby Fischer. History is bound to repeat itself – but this time around, it’s a Netflix show, The Queen’s Gambit, driving the surge. According to Profitero, Amazon searches for “chess set” have risen by 857% since the debut of the show.

Look no further than the top 25 products on Winfrey’s list, which have seen an average boost of nearly 6,900% in their Best Seller Rank (BSR) on Amazon. That’s according to ecommerce analytics platform Profitero, which said one-third of the brands saw triple-digit or more growth in BSR in just a matter of days after the Nov. 9 reveal of her 2020 picks.

Profitero noted that higher sales on Amazon can also yield a bestseller badge, which helps set a brand even further apart from its competitors.

Amazon is many shoppers’ go-to online shopping destination, and it is the online price leader, beating out other big retailers on price by 15% on average, according to a new study by Profitero called “Pandemic Price Wars.”

In addition, the report found that Amazon was the most competitively priced retailer in 18 out of 21 consumer product categories featured in the study. Amazon tied with Walmart.com for the lowest online prices for cosmetics and with Chewy.com for pet products. But Target.com charges 20% more for the same food and beverage products that Amazon carries.

Amazon dropped its average grocery prices by 2.3% during the third quarter, the steepest cut among leading US grocery retailers, according to data from research firm Profitero. The study, based on prices of more than 700 grocery products, found that Walmart had dropped its prices by 1.5%, while groceries at Target were 6.7% more expensive over the three-month period ended in September.

“It reflects a commitment to the grocery category and to the overall value proposition to consumers that low prices are a fundamental reason to shop at Amazon, in addition to convenience and selection,” Keith Anderson, Profitero’s SVP of Strategy and Insights, told Business Insider. 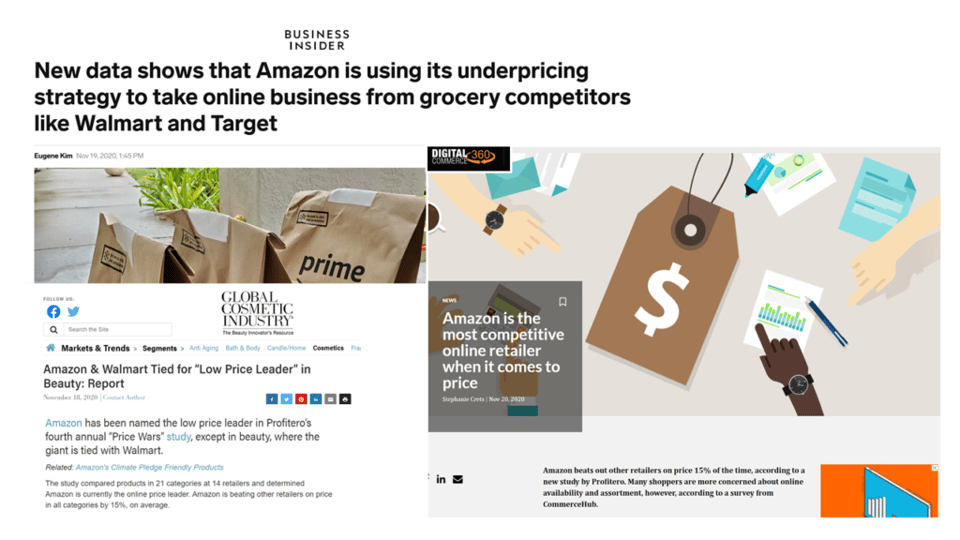 Amazon has been named the low price leader in Profitero’s fourth annual “Price Wars” study, except in beauty, where the giant is tied with Walmart. […] When comparing the price on beauty items, Amazon is about 22% less expensive than other retailers such as Target and Nordstrom. However, Amazon has tied with Walmart in the beauty category. Walmart is matching prices with Amazon on beauty items, an improvement compared to last year when Walmart was 8% more expensive than Amazon in this category.

Battle for booze in Britain

Excerpted from U.K. publication The Grocer

It’s no surprise supermarkets have sold a lot of booze in the pandemic. […] Analysis by Profitero shows a 121% increase this July to October compared with last. […] While the incline in sales is steep, those who have watched Amazon may not be surprised. Far from being a “sleeping giant,” it has steadily been stretching its tentacles into booze – particularly spirits, where much of the growth lies – for some time. And not just by the aggressive pricing, which Profitero found had undercut Asda and Tesco by up to 11%.

Holiday gifting in a pandemic

Data from Profitero shows similar interest in games on Amazon specifically. Best seller rank (BSR)—an indicator of how well a product is selling on Amazon—for Connect 4 was up more than 17,000% while BSR for Yahtzee and Trivial Pursuit were up 7,400% and 3,800% respectively. Profitero also noted that one-third of the top 25 products in the toys and games category were learning toys, which a spokesperson said indicates “how many parents are now taking on the role of educators as well.”

From headlines to shopping baskets: How U.K. consumers responded to changing C-19 restrictions in 2020

Seasonal Survival Checklist: 10 Tips to Prepare for Cyber 5 and Other Promotional Events