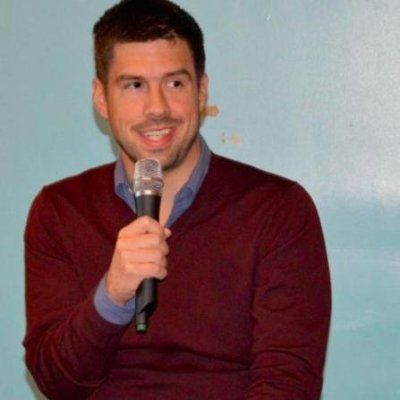 In an edited transcript of their recent podcast discussion, Profitero’s Keith Anderson speaks to Jason Del Rey of technology news site Re/code about what the Whole Foods acquisition means to both Amazon and Whole Foods, and what it means to the grocery industry. Click here to listen to or download the podcast.

Keith Anderson:  Let’s dive right in. What do you make of this Amazon-Whole Foods deal?

Jason Del Rey: Eventually you knew a deal of this size was going to happen when it was in a market that was big enough that Amazon felt they had to play a big role in it – and also a market that for a variety of reasons had significant barriers to entry which would be tough to overcome on their own. As we all know, Amazon has been going at grocery in different ways for about 10 years. A lot of different attempts with different models, different pricing. Looking back, this seems like an obvious big bet if they were going to do one. It just felt like a stretch that they would spend $12, $13, $14 billion on a traditional retailer, but here we are.

Jason Del Rey: I’ll try to pick off some different threads. One is that I think they saw in Whole Foods, perhaps more so than some of the pure plays, a real premium brand with strong loyalty and one in which I think they feel they could probably layer their loyalty on top. What that ultimately looks like? There’s tons of speculation around what Prime plus Whole Foods means. I would think loyalty and adding more value both to Amazon shopper and the Whole Foods shopper, if they’re not already the same person, will be a key component here.

I think it raises the question for some of the delivery-only players, or I would think it would from people I’ve spoken to this week, of how sustainable this is long-term without real physical presence and an integration where one plays off of the other – especially for a lot of these businesses in the pure play world that have been hovering around break even or maybe a little worse than that for a long time.

One thing we know about Amazon is they don’t mind when different parts of their business compete against each other. I’m interested to see, especially maybe early on after the acquisition, what the dynamics are between Fresh and Whole Foods, and whether they’re going to let those two sides play against each other more than together.

I think it’s also absolutely some recognition of the fact that they haven’t gotten as far as they would have liked over the last decade. I think we saw that in some of the pricing changes, where the switch to the monthly fee was smart.

I guess it’s easy to say that now, but I think the different components – loyalty, competition for their own business, and I think the recognition that it’s taken longer than they would like to get any notable share – all led to consideration of this deal, plus hopefully to being in a spot where the price was something that was more doable than it was, let’s say, two years ago because of their current competitive pressures.

Keith Anderson: Two-thirds of what Whole Foods sells is perishable. There’s not a lot of overlap with the mainstream national brands that you would find in the Amazon Fresh selection, in the Whole Foods assortment necessarily. Just from conversations I’ve had with former Amazon Fresh produce merchants, I get the sense that maintaining a perishable supply chain was very challenging.

That’s one thing that just immediately strikes me. Now Amazon, with the flip of a switch, has credibility on that side of the grocery business. I think Whole Foods is one of, if not the, best perishable merchants in the country. That’s pretty compelling. Who their suppliers are has a lot to do with sourcing locally and having really sophisticated, high standards for quality and freshness, and even the presentation of the product in the store. It’s the complete picture. I think that has been challenging for most retailers, but especially for Amazon to crack.

You look at what they’re doing, or at least what they could do with grocery. The one thing anybody that’s done online grocery – including some of these players that have been at it for decades – will tell you is it’s very, very hard to build that trust and that credibility, especially the first time. A lot of people still really want to pick their own produce, they want to pick their own meat. Suddenly, you might have people a little bit more trusting if they’re already happy Whole Foods customers.

You hinted earlier at what the interplay might be between online and offline. It could be click and collect. I think that’s probably something we’ll see. What are some of the other potential interactions or integrations you can imagine?

Jason Del Rey: There’s the whole question about delivery, local delivery, and the role that Instacart currently plays in many markets for Whole Foods and whether or not that deal could go away, which is a five-year deal. Some people are saying there’s no way they could get out of that deal. I don’t necessarily believe that. I think there’s almost always a way. I think obviously that’s something we have to at least consider. I know publicly Instacart’s talking like business as usual. I’ve seen some notes they’ve sent out to their in-store workers and contractors essentially saying business as usual. That’s something I plan to stay on top of a ton. I don’t necessarily believe that long-term or maybe even near-term.

The other obvious interplay, and I know I hinted at this already, and maybe it’s obvious, is what if parts of shopping at Whole Food are built into Prime in some way – for example, do the Prime store cards and new Prime reload debit wallets and discounts extend into Whole Foods? I don’t know the likelihood of that, but I think there’s a lot of different things to consider.

Over the long-term, call it five years, 10 years, whatever it is, it’s been clear for a long time, there is context where delivery is what people prefer, but not all context. Stores are not going to go away. If Amazon can reinvent a store for a certain context and capture that occasion or that shopper and have a compelling option to pick up an online order or have that order delivered, it just seems they have a much more complete toolkit, if not a complete offering in the short-term once they’ve got the Whole Foods capability in-house.

Jason Del Rey: I think that’s right. It makes me think a few months ago, I was talking to someone familiar at Amazon about what their plans are for their grocery pick-up locations. I guess right now there are two open in Seattle. This person was telling me that the initial plans were, by this point, to have about a dozen of them in important markets. I haven’t yet gotten to the bottom of why that was scaled back. I do wonder whether they had in their mind they would do something like this.

Keith Anderson: Going back to the Instacart deal, not so much the specifics of that deal but for anybody that didn’t read the Ben Thompson of Stratechery piece on Whole Foods effectively being potentially the first customer for Amazon. As with Amazon web services, as with its third party marketplace, conceivably what the Whole Foods acquisition gives Amazon. I think that notion of Amazon as a service layer in the grocery industry is something that people are not really processing as they’re going to have to.

Jason Del Rey: I go back and forth on the likelihood of it. I guess what we’re essentially saying is, just to take one step back, with their Amazon Web Services (AWS) business, many people probably know that business came out of the fact that Amazon was essentially AWS’s first customer, and so saw how valuable it was internally and the efficiencies they could get with having other people essentially lease that computer power. Here, the idea being that Whole Foods is the first of many customers of something that Ben may have called ‘Amazon grocery services’ or food services or something like that.

I think anyone in this industry who is affected by this deal, has to be thinking that that’s a likelihood and trying to think ahead on what the implications of that is. It’s very possible that they feel they can make a big enough dent over the next few years operating, just as you put it, a retailer in this space and first wanting to see how much share they can take. Amazon really thinks about their big pillar businesses as platforms. I think Ben was ahead with that analysis. I think until proven otherwise, I think you should be thinking that that’s part of the plan.

Keith Anderson: It’s obviously still early days and there’s a lot that’s still unknown and speculative. Any final thoughts on the deal or what it means?

Jason Del Rey: I know not to rule out any giant Amazon rumors involving deals bigger than a billion dollars now. The other thing is Whole Foods stock is performing like a lot of people believe this will not be the only bid. I’ve spent some time over the last week reaching out to people inside companies that I think might have some interest. Perhaps not surprisingly, people are even quieter than normal about a big deal like this.

I’m talking to as many people as possible because I think there’s room for Amazon to go up in price if we do see other bids. I think there’s also a point at which Amazon’s not going to do this deal at any price. That’s something a lot of us are writing or reporting on it like the deal is done. I think it could be a very interesting couple of weeks and we may see some action over the next month. That’s one thought that’s occupying me specifically because it’s my job to report this out.

Click here to listen to the podcast in full.