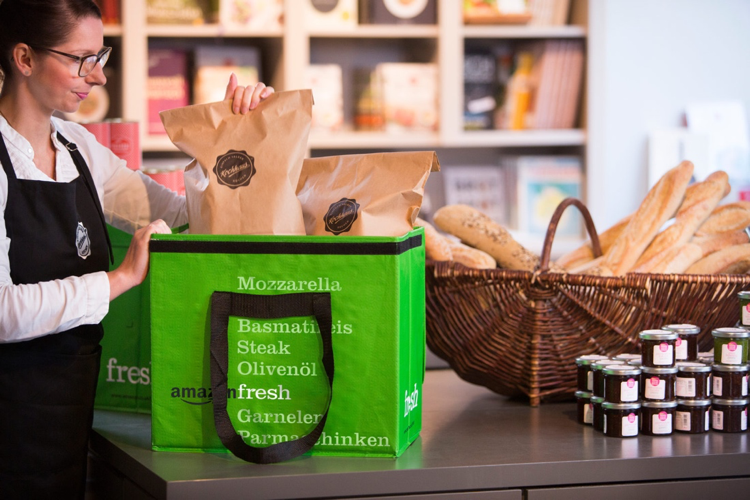 Germany is the latest country where Amazon is destined to challenge the established grocery retailers, with last week’s roll out of AmazonFresh services in Berlin.

Following the launch of Prime Pantry in November 2015 and one-hour deliveries through its Prime Now offering, launched in May 2016, Amazon is now looking to broaden its offering in both ambient and fresh products, offering 85,000 products at launch.

Germany appears to be launching its Fresh offering in its tried and tested format, concentrating on Berlin as the trial city, with further cities likely to launch in the next 6-12 months.  This also mirrors further European expansion, following the announcement that Prime Pantry will shortly be arriving in Switzerland.

Although the initial impact on established German retailers is likely to be small in terms of market share, Amazon continues to influence its competitors through its same-day delivery options. In addition, price is likely to remain a key battlefield, with shoppers expecting significantly cheaper prices on Amazon than their usual weekly shopping trip. (A 2016 study by Profitero shows AmazonFresh beats UK supermarkets on price by 17% on average.)

Brands should also be aware of the introductions of further Amazon own-label products, replicating the launch of Amazon sub-brands such as Happy Belly and Wickedly Prime in the US.  With its extensive customer insight capabilities, Amazon is able to identify key products and flavours that resonate with the German grocery shopper, and therefore has the ability to launch very tailored innovations.  FMCG brands should therefore continue to monitor their performance on Amazon, not only through their sales but also in areas such as search placement, to ensure they are able to quickly adapt to any challenges from emerging Amazon products.

Grocery eCommerce has been slow to take off in Germany and is much less developed than other European markets such as France and the Netherlands. However REWE, the country’s second-biggest supermarket chain, has been investing heavily in eCommerce in anticipation of Amazon’s move into food. It offers next-day delivery for 3.90-5.90 euros and a minimum order value of 40 euros.

As we’re seeing in other major markets around the world, the online grocery channel is expected to see the biggest sales growth over the coming years. A.T. Kearney expects eCommerce will account for 3 percent of Germany’s grocery market by 2020, up from just 1 percent now.

While some industry observers have noted that Amazon is entering ‘the hardest market in the world’, it’s clear that Amazon’s grocery ambitions continue at pace.

To stay up-to-date on the latest eCommerce CPG news and insights, you might also be interested in signing up to Profitero’s weekly Digital Shelf Digest.