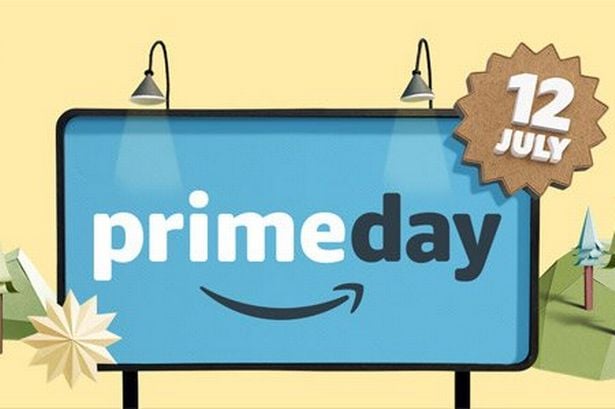 Research from SimilarWeb predicts that this year’s Amazon Prime Day will be the fourth biggest shopping day in the US from a traffic perspective, behind Thanksgiving, Cyber Monday and Black Friday.

And it’s not just a US-only event. SimilarWeb research shows that last year’s Prime Day resulted in 29.1 million mobile and desktop visits to the UK’s top 25 retailers, of which around 10.5 million went to Amazon.co.uk.

Amazon held its augural Prime Day in 2015 to coincide with the online retailer’s 20th anniversary, and it proved to be bigger than Amazon’s Black Friday 2014: Amazon’s sales on Prime Day were 18% higher than its Black Friday sales.

Prime members purchased more than 14 million items from sellers and small businesses during the 2015 Prime Day, and 30 percent of the Lightning Deals during this year’s event are set to be from third-party sellers.

This year, Amazon said it plans to offer more than 100,000 deals, with new offerings every five minutes. Analysts have high hopes for Prime Day, with MKM Partners saying that Amazon doubling its sales from last year “is a realistic assumption.”

According to Profitero’s VP Strategy and Insights Keith Anderson, the main levers a merchant/vendor can pull are optimizing content (such as product images, titles, and descriptions) to maximize discoverability in search results and conversion, investing strategically in paid search through sponsored products and AMS (Amazon Marketing Services) campaigns, and driving ratings and reviews through sampling programs or post-purchase email campaigns.

“Brands and retailers that already have a successful presence on Amazon (either as direct suppliers or as sellers on Amazon’s marketplace) can benefit from Prime Day, if eligible. A well-planned and executed Prime Day promotion can drive significant short-term traffic and sales, both of which can yield sustained improvements in organic search placement and, ultimately, sales,” commented Keith Anderson.

Will Prime Day boost sales for other retailers?

Wal-Mart has just revealed that it will offer free shipping with no minimum purchase on all online orders for five days starting on July 11, stepping up its battle against Amazon’s highly publicized sales event.

However as a premier destination for product research, Amazon holds a unique position in the market with more shoppers searching for products on Amazon than Google.

Amazon’s main objective with Prime Day is to drive awareness and trial of Prime memberships, as Prime members are shown to spend substantially more than other consumers on the site. If Amazon drives Prime trials that ultimately convert to memberships, Amazon is almost guaranteed to increase those households’ loyalty and annual spend significantly.

“Amazon competitors considering their own fabricated shopping event would need to have a very compelling plan for driving awareness of the event and traffic to their site, as well as a clear way to leverage the event to drive lifetime customer value” said Keith Anderson. “Prime Day is strategic for Amazon because it drives new trials of Prime membership, which is proven to drive significant increases in lifetime customer value. For retailers without a similar membership model, a discount-driven sales event runs the risk of leaving money on the table by discounting without driving sustainable gains in market share.”

Analysts at J.P. Morgan are also “bullish” about Prime Day:

“We believe Prime Day pulls forward demand during an otherwise quiet retail period and serves as a critical peak-day test for Amazon’s fulfillment and distribution operations ahead of the holiday season. It’s more than a one-day spike. Prime Day accelerates free trial of the Prime ecosystem well ahead of the holiday season, enabling Amazon to capture a greater share of new subscriber holiday spending.”

Whether Prime Day is as successful for other retailers remains to be seen, but the stakes are certainly much higher as Amazon hopes to make this year’s ‘holiday in July’ event even bigger.

Sign up to our weekly newsletter to stay up-to-date on Amazon and the latest eCommerce trends.